Sepsis kills 270,000 Americans each year. Recognizing the signs of sepsis and urgently seeking treatment when symptoms are first noticed can save lives and reduce long-term disabilities. 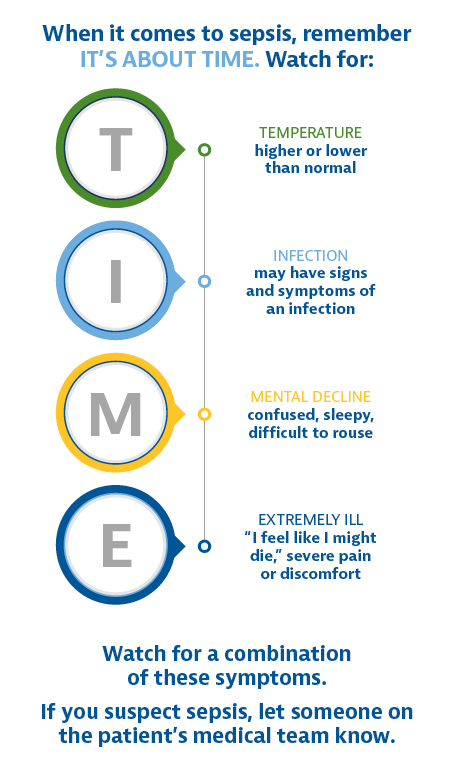 Sepsis is the body’s extreme, overactive response to an infection, where your immune system begins to attack itself rather than the germs making you sick.

This response to infection can lead to tissue damage, organ failure, and death. Severe sepsis can turn into septic shock.

What can cause sepsis?

An infection of any source can trigger sepsis – whether it’s a hangnail or pneumonia, developing sepsis is possible with any infection.

Who can get sepsis?

Anyone. While some groups of people are at higher risk, anyone with an infection can develop sepsis. These groups have higher risk: